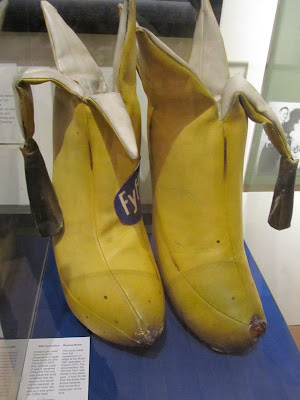 Billy Connolly was born in Anderston in 1942, but moved to Partick at the age of five to live with two of his aunts.  He performed on stage with his banjo and ad-libbed Glasgow patter as an amateur and then was a founder member of the folk group the Humblebums.

In 1975 Connolly had a hit with the comedy single D.I.V.O.R.C.E.. That same year the documentary Big Banana Feet was filmed, taking its title from the outrageous banana boots in which he often performed, and he became famous throughout the UK.
Posted by Brent Ridge at 1:04 AM
Newer Post Older Post Home